The power of modern image matching approaches is still fundamentally limited by the abrupt scale changes in images. In this paper, we propose a scale-invariant image matching approach to tackling the very large scale variation of views. Drawing inspiration from the scale space theory, we start with encoding the image’s scale space into a compact multi-scale representation. Then, rather than trying to find the exact feature matches all in one step, we propose a progressive two-stage approach. First, we determine the related scale levels in scale space, enclosing the inlier feature correspondences, based on an optimal and exhaustive matching in a limited scale space. Second, we produce both the image similarity measurement and feature correspondences simultaneously after restricting matching between the related scale levels in a robust way. The matching performance has been intensively evaluated on vision tasks including image retrieval, feature matching and Structure-from-Motion (SfM). The successful integration of the challenging fusion of high aerial and low ground-level views with significant scale differences manifests the superiority of the proposed approach. (Access the full paper here)

This dataset encompasses a collection of ground and aerial images. It is composed of three individual blocks (see table below) each of which is captured from both aerial views (of resolution \(4000\times3000\)) and street views (of resolution \(4032\times3024\)). 3D reconstruction from such image sets is challenging due to the abrupt scale difference, as shown in the figure below. Download link: Block A (8.3G), Block B (13.3G), Block C (19.5G). 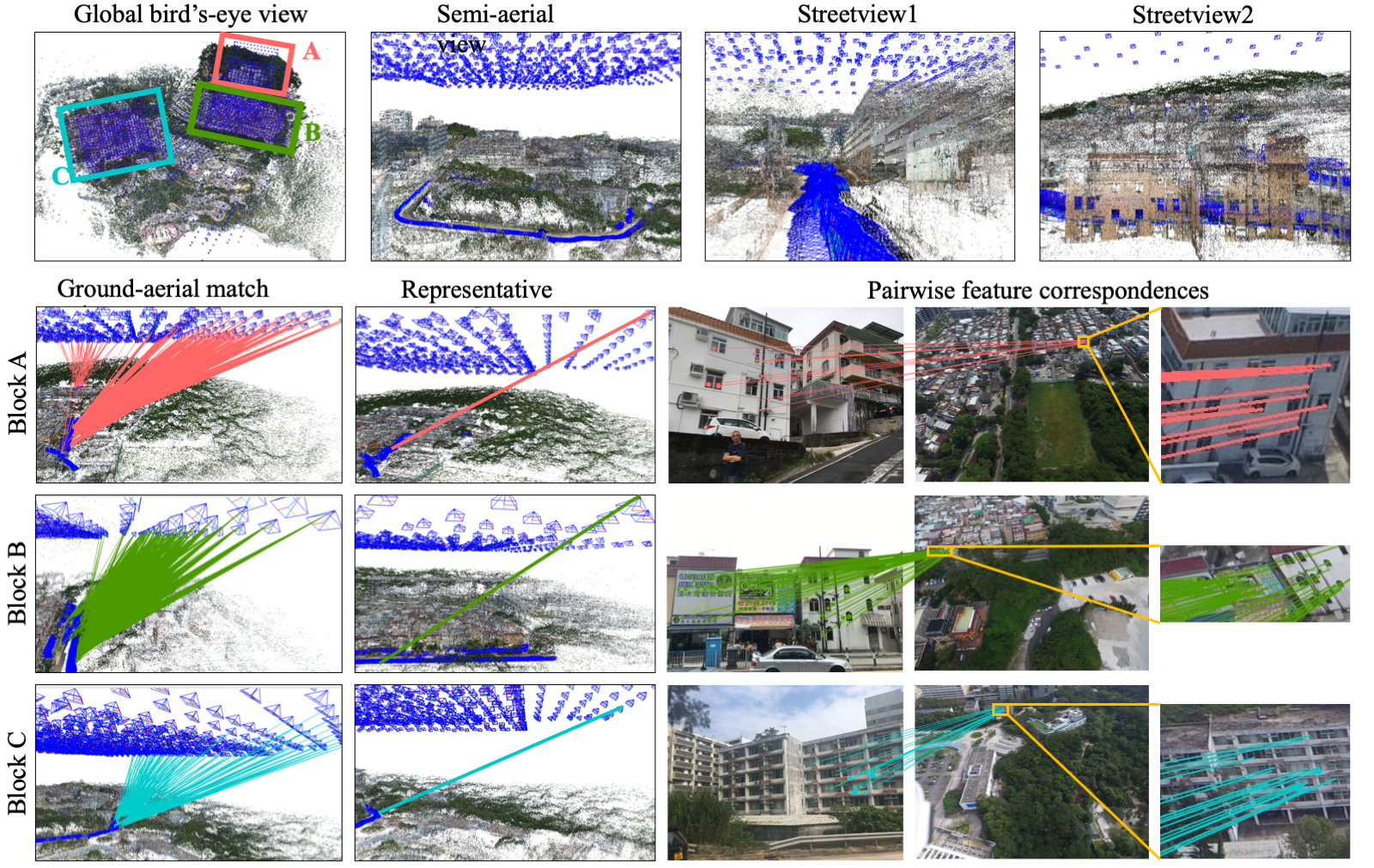 The Book-Cover dataset is composed of two series of photographs acquired from two viewpoint angles \(0\)° and \(30\)° with increasing zoom. The \(28\) images have the same size of \(3024\times4032\) pixels. The closet-captured photograph of a book cover is used as reference image and is matched against other \(27\) ones with image scale ratio ranging from \(2\) to \(64\) times. See sample matching results in the figure below. Download link: The Book-Cover Dataset (87.7M).

The datasets above are provided for research purposes only and without any warranty. Any commercial use is prohibited.

Here is the Bibtex snippet for citing the Dataset in your work.